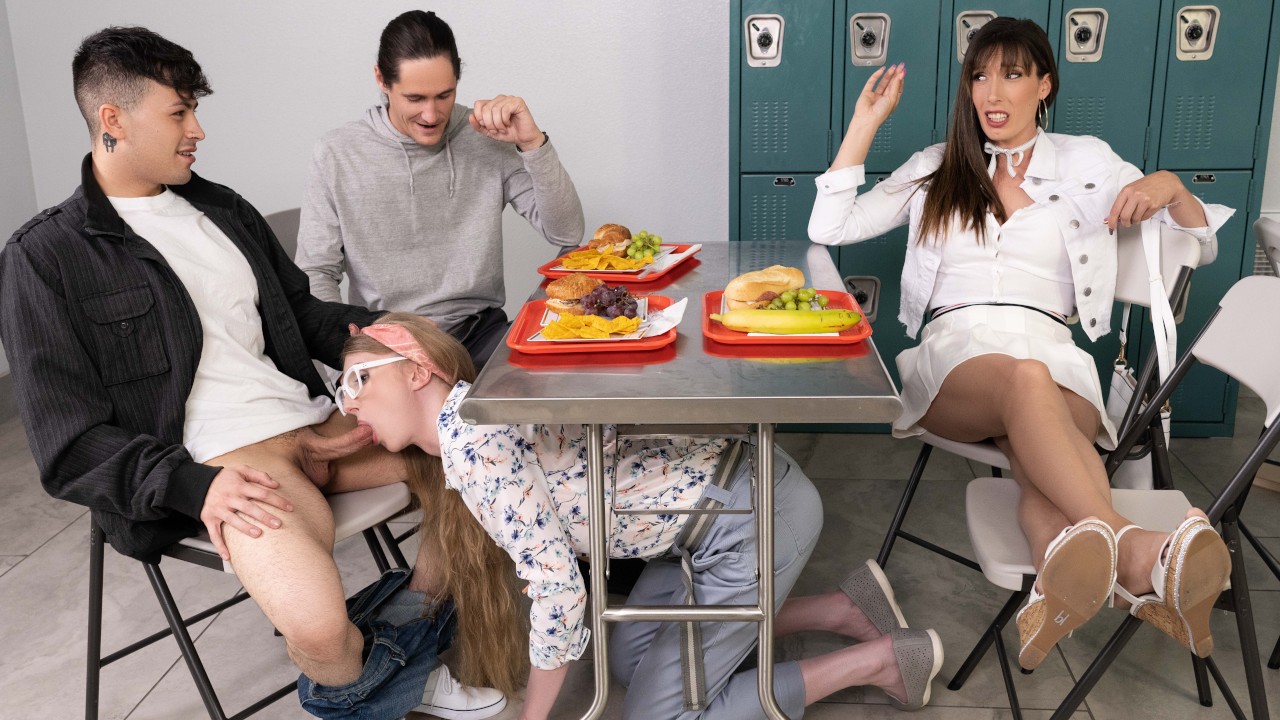 Having just moved into town, trans schoolgirl Janelle Fennec would really like to make some friends. If she can attract the attention of her “cool” classmates, that would make everything so much easier. There is only problem when it comes to achieving her goals though, the teen shemale just happens to be a huge dork, or at least she looks the part. With her big nerdy glasses and her naïve look, she is practically any bully’s dream-come-true. As she walks by the popular students’ table at lunch break, the adorable young tgirl foolishly tries to strike up conversation with them, hoping that they would come to like her once they come to really know who she is. To no one’s surprise, her plan plays out very poorly very quickly. As the coolest gal, Melanie Brooks, gives her the cold shoulder instantly, acting as if she’s not even there.

Melanie’s jaw drops as she notices that her jock boyfriend, Franco Styles, is actually eying the cute freshman with a smile on his face. A daring slut to her core, and not willing to let some random nerd steal her man, the flustered TS takes Franco’s hand and starts sucking on his fingers right in front of everybody. Unbeknownst to Melanie, what she sees in front of her is nothing but the facade of trans schoolgirl Janelle Fennec. As deep down, the sweet innocent teen is nothing but a cock-hungry nympho with a kink for domination. She is also not afraid to prove it, as she pretends to drop her books only to crawl beneath the table and start blowing Franco’s cock while jerking off his mate Tony Orlando. Impressed by her skills, the gent decides to eat her ass and bareback it till he busts one in her mouth.