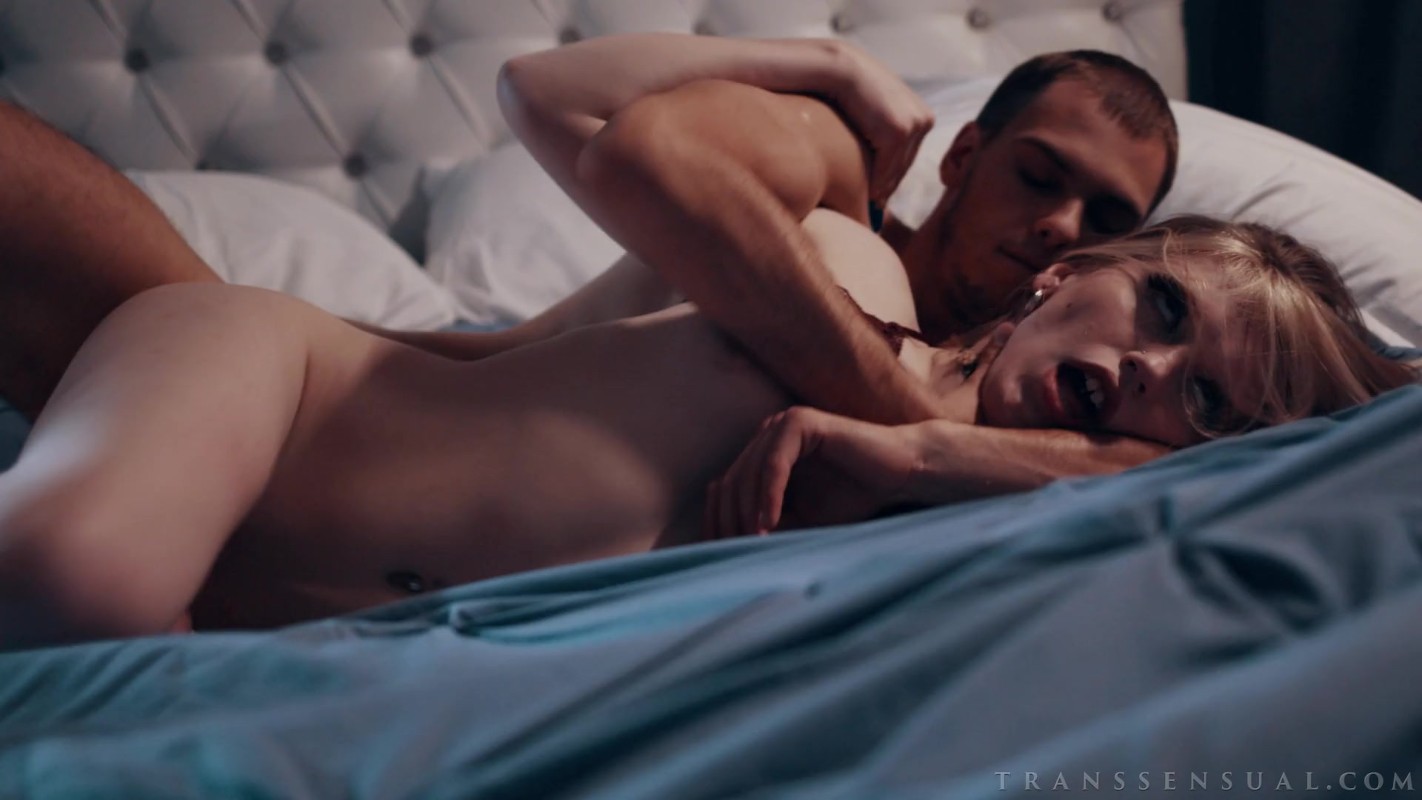 After hearing his trans stepsister Izzy Wilde making all sorts of angry and frustrated noises upstairs, Tony Sting decides to investigate. He finds her lying on her bed with her head in her pillow, and wishes to know what has made her so upset. The young TS asks him to leave her alone without even turning around to find out who her visitor actually is. The stepbrother asks Izzy what’s wrong, and she explains that her unfaithful boyfriend is the cause of her troubles. She walked in on him having sex with another girl, and now feels incredibly humiliated to have discovered his cheating this way. It’s especially appalling to her that he could do this after all she has done for him. Her ungrateful partner could never shut up about how badly his small penis was damaging his self-esteem, and the tgirl spent endless hours consoling him about it.

Tony tells the teen trap that he plans on making her rotten lover pay for his sins, since that is what an older brother does. Izzy is surprised by his reaction, as she never took him to be that kind of stepsibling. But he explains that it truly is how he feels, he simply has not gotten used to having a younger sis yet. After all, their parents have only been married for two years, and Tony is still learning to communicate in English. His trans stepsister Izzy Wilde tells him that instead of a black eye, she would much rather make her BF realise what he missed out on. To do this, all she needs is a fat cock to stretch her asshole, and a camera to record it. Her stepbro happens to have both equipment, and seducing will certainly not be a problem for such a cute tgirl.