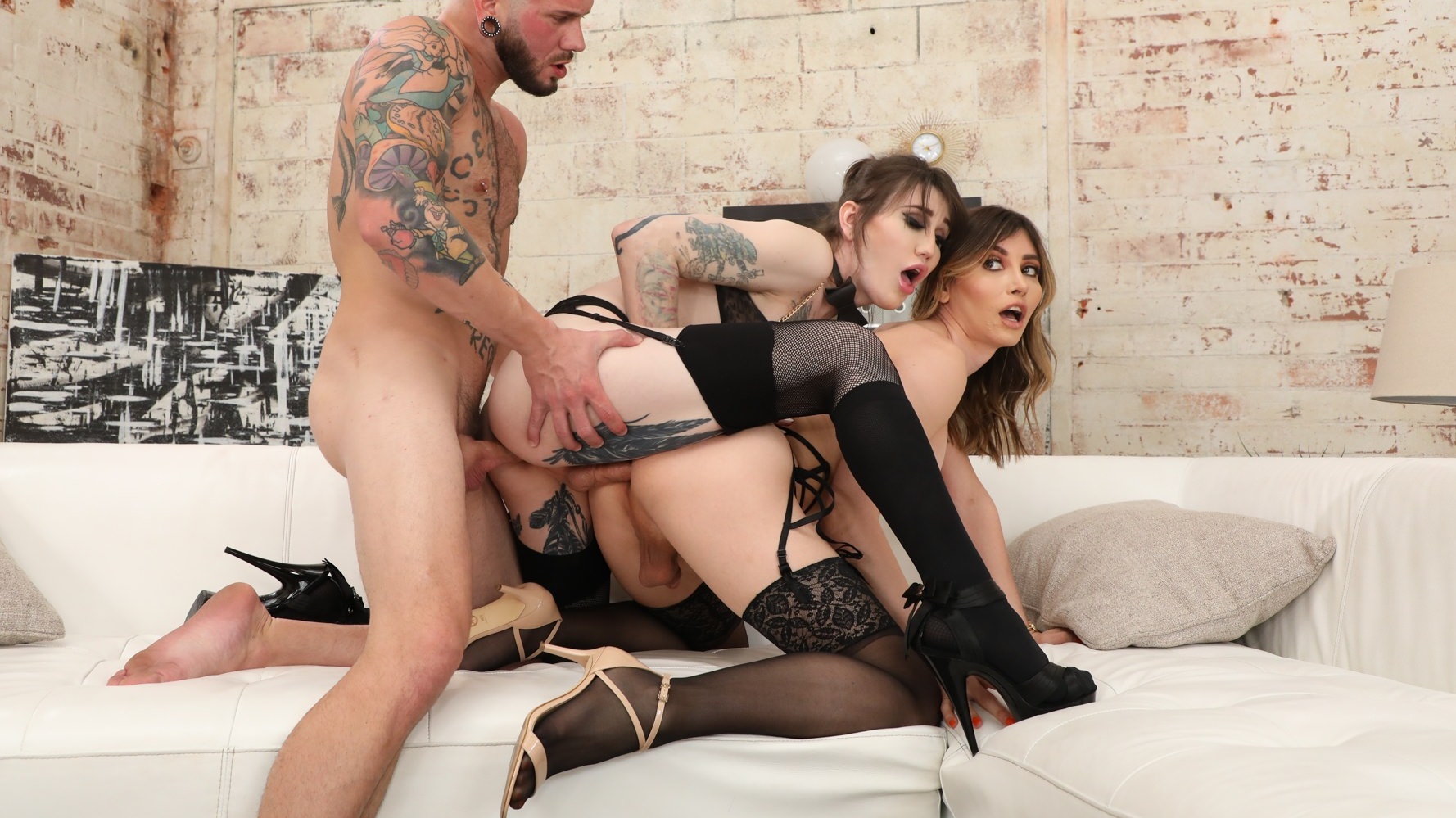 Hot ladies Lena Moon and Korra Del Rio are planning to make a lucky Johnny Hill the meat in their trans sandwich. After strutting into the room in sexy black heels and a matching garter belt, Lena shows off her extra-slutty lingerie to Korra, her erect shecock swings from side to side as she sways her hips. She tells her friend that she can set her up with just about any pair of underwear she fancies. But the tgirl couldn’t be less interested as her eyes are completely fixated on that sweet lollipop dancing between Lena’s legs. Noticing that her exposed pecker seems to be attracting a little too much attention, the pale TS apologises for it sticking out of her panties this way. She then explains to her two seated guests that she simply cannot help getting a little “excited” whenever they are around.

The aroused shemale says that the reason for her being hard, is that she feels the three of them have some “unfinished business”. But nonetheless, she does not want either of her mates to feel tense while they’re around her, and so she asks Korra whether the stiff rod directly facing her is making her uncomfortable. With the way she’s lustfully staring at it, it is safe to assume the hot tranny’s answer, but if her ogling wasn’t evidence enough, she lifts up her skirt, revealing to Lena that her girldick has also been diamond-hard the entire time. Korra then hunches over and hungrily swallows her BFF’s shaft. Finding himself in a dreamlike scenario, Johnny does his own part by sucking off one tbabe while drilling the other’s ass. The three horny friends then proceed to make the most delicious trans sandwich ever caught on video.