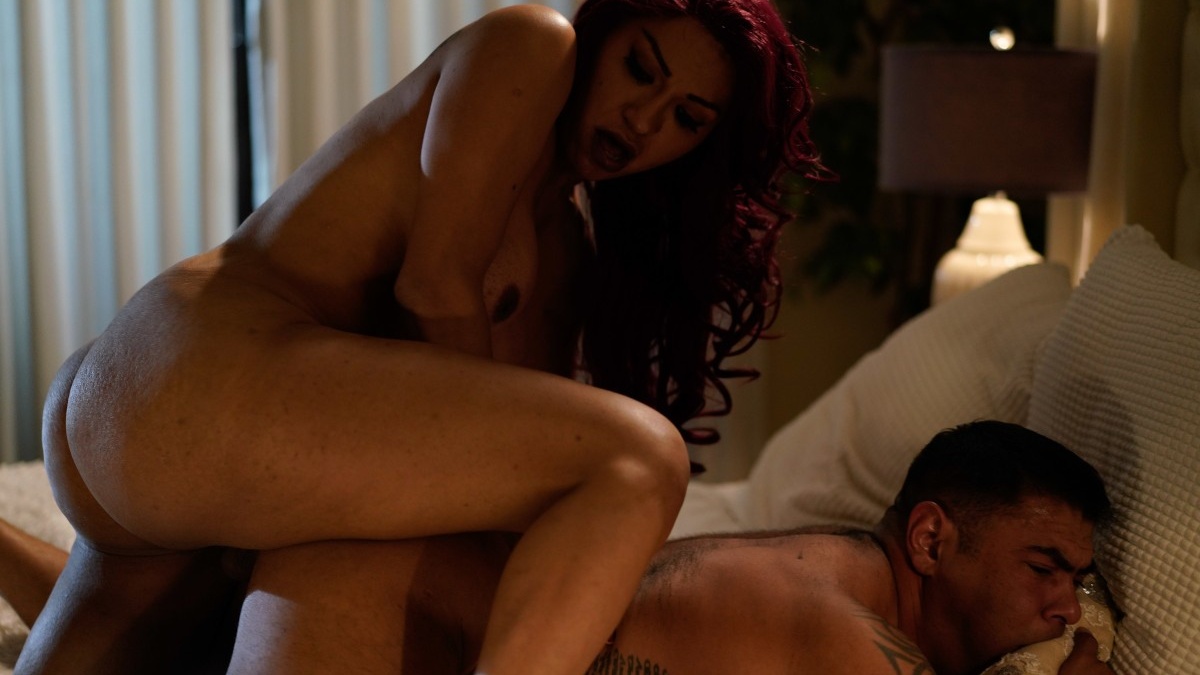 Arriving home late once more, Draven Navarro did not expect to see his tranny wife Jessy Dubai dressed like a glamorous babe. Wearing a glittery classy dress and all dolled-up, she has never looked more sexy. To mess with her a little, Draven asks her where his wife is. Instead of getting upset or angry, Jessy decides to play along, which leads to the two of them engaging in some hot role play, pretending they are complete strangers meeting for the first time. The shemale MILF asks the man what his wife looks like, and he responds by gushing over her looks, in fact, he thinks she looks a lot like her. Jessy is flattered, but not content. She decides that since her man is feeling playful, she might as well tease him a little bit in return, perhaps it will make him appreciate her as much as she deserves.