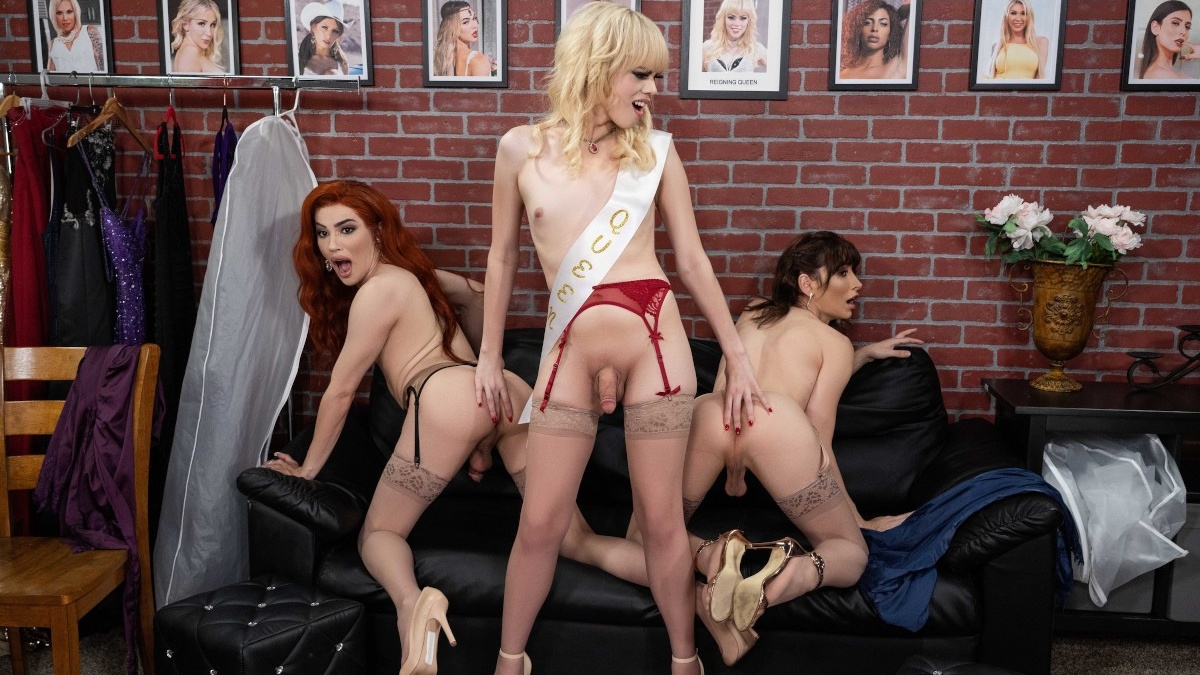 This small dressing room will soon witness three shemale pageant queens making an anal train out of each other’s girldicks. TS Korra Del Rio is the first one to arrive. Sitting on the chair and staring intently at the mirror, she repeats lines of encouragement to herself out loud, hoping to shatter any doubt she might have deep inside her mind. Being the absolute bitch she is, tranny Ariel Demure announces her entrance by mocking Korra for her confidence-boosting routine. The trans girl is startled when she discovers she is not alone in the room, and quickly asks her uninvited guest for an explanation as to why she is there. After all, the door clearly states it is the ‘Queen’s Dressing Room’, and that is obviously referring to Korra, or at least she thinks so. The response she receives is pretty much a ‘No you’, but longer and more annoying.