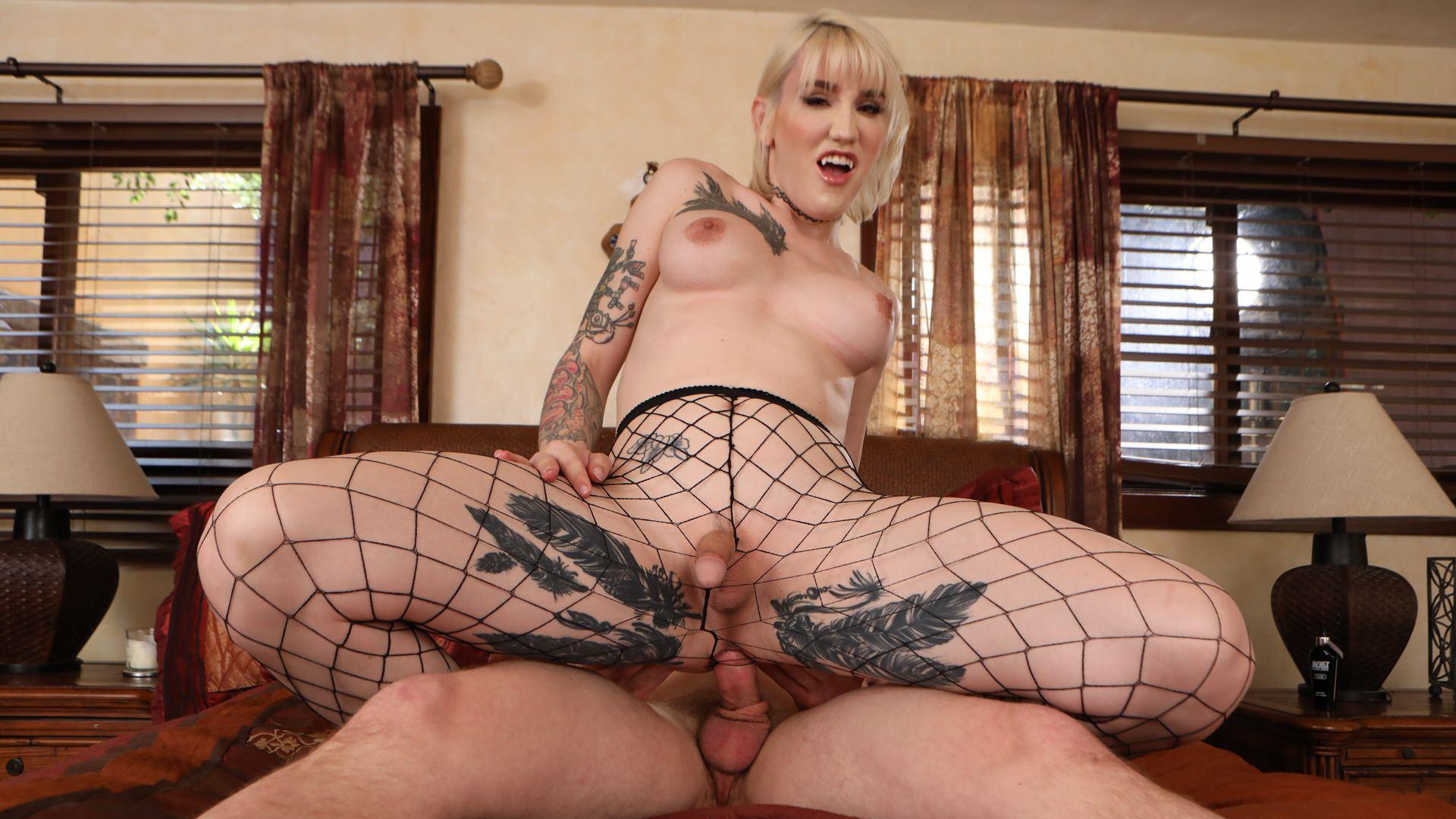 One sentence is all it takes for Lena Moon tranny vampire to make her date lose his mind with lust. After telling him that she really likes vampire movies, she abruptly exclaims ‘I want to fuck’, and flashes her silicone tits at him. In a matter of milliseconds, the bloke is all over her, kissing and disrobing like a madman. The blonde tgirl gets down to her fishnet pantyhose and pushes the guy flat on the bed before immediately starting to ride his big cock. Her transformation is quickly complete as her fangs burst out while she’s bouncing on her partner. But that does not mean she is slowing down anytime soon, and she makes that clear by hastily stuffing her mouth with the shaft right after dismounting it. The penis turns diamond-hard as Lena’s oral expertise leave it begging for more with every slide of her pretty lips.

His gooey essence is extracted by Lena Moon tranny vampire

Now that she made sure her lover’s dick is as erect as it possibly could, Lena lies on her side and spreads her legs wide for more hot and fast ass pounding. The man does not hesitate, going balls-deep inside the tbabe’s back door as her rails without mercy. He then briefly pulls out his pecker to swallow her cute lollipop and feast on her delicious butthole before returning to the original programming. However, his mortal human dong is not match for the infinite allure of Lena Moon tranny vampire. And so, after laying her down on her back once more, and giving her the best anal drilling he has ever mustered, he empties his load of semen into her wanton shemale mouth as she once more flaunts those pointy teeth of hers. For such an inferior species, this gent has surely held his weight against such an insatiable succubus.